Existing Virtual-On Have A Chance on New Gen Console?

Microsoft, who has all 3 Virtual-On arcade games available on it's Xbox 360 is introducing Backward Compatibility to the Xbox One. A virtual Xbox 360 (emulator) will soon exist in Xbox One's operating system software code. Each game to be compatible to the 360 emulator will have to go through a process. All Microsoft's 360 (first party games) will be made playable to the 360 emulator. Next is... THE VOTE! https://xbox.uservoice.com/forums/298503-backwards-compatibility/sugges 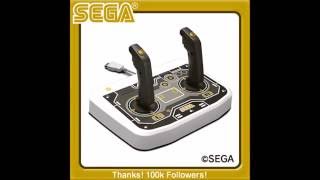 The Twin Stick and Animations VOL 1

Birthday party...Oh, it's a Virtual-On Take Over! The kids Scream! Part 2 VOOT at Play!

Birthday party...Oh, it's a Virtual-On Take Over! The kids Scream! Part 1-VO4 at Play!

Twin Stick... A Controller Operated by Enthusiasts! Or Something Else?